Boyertown has a long and storied history that often mirrors the changes that the State of Pennsylvania as well as the United States itself was going at the same time. 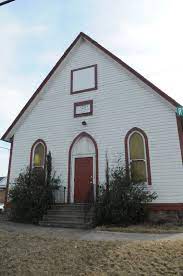